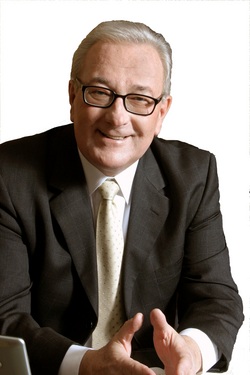 May 6, 2011
Greetings!
I wanted to share a few thoughts with you that I know go to the core of the values and commitment that is present in  any of our communities across the country. I could visit any one of them and the dedication and demonstrations of making a difference in people's lives would hold equally as true.

Please feel free to pass this note on to your volunteers, community and business partners as you see fit.
Last week saw the designation of our 61st national Safe Community in Carman, Manitoba. But it was much, much more than a designation event. While there are a couple of other milestone reasons why this was a week to remember, most importantly, I wanted to relate the essence of the words of some of the people who spoke at a regional conference the day following the designation.

In this gathering, the best people you could ever meet spoke of their experiences around safety promotion and what they and we do in very personalized ways ... What a remarkable day and time ... if only you personally had the opportunity to see such marvelous things unfold in such marvelous places for yourselves. But, you were there in another way.

Coming as this event did, so quietly, in a modest Mennonite church hall in a small town of 2800 people in the very heart of rural Canada, how fitting it was that we gently passed through our fifteenth anniversary since our founding - and what would have also been my son Sean's 36th birthday last Tuesday.

Together, with the energy, commitment and contribution you have personally made as a part of our past, our present and our future, you were there with us in Carman, Manitoba last week. None of this was ever going to make the national news ... but never think for a moment you haven't been part of changing thousands of people lives, one by one.

The Story of Sean Kells 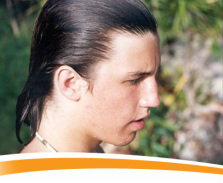 In November, 1994, Sean Kells was pouring a highly flammable chemical from one ungrounded drum to another when it ignited and exploded. Sean was not told that what he was doing was potentially dangerous, let alone lethal. Sean was killed on the third day of his part-time job. He was nineteen years old.
His death was not an "accident"; it was entirely preventable.
Since that tragic day, Sean's father, Paul Kells, has made it his goal to help prevent any other family from experiencing the loss and pain that he and his family have experienced as a result of needless death, however it is caused. Safe Communities Canada, the network of 61 designated Safe Communities in Canada has seen thousands of volunteers rally to the cause of preventing tragic injuries of all kinds. It is a testament to the dedication and passion of Paul’s, and those volunteers’, commitment to change, and it is a living legacy for a young life needlessly lost.